Video: Harvest Moon And Story Of Seasons’ First Half Hour, In This Side-By-Side Comparison 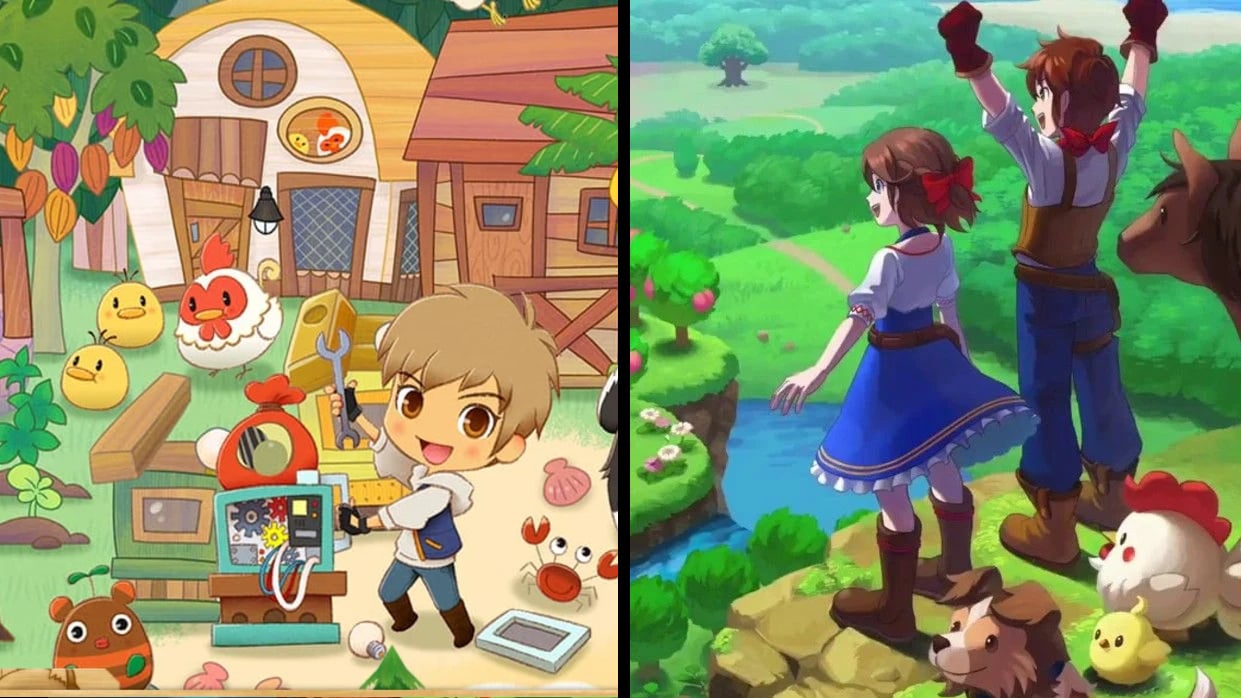 In the race for “best farming game of March 2021”, there’s still everything to play for. Harvest Moon: One World came out earlier this week, and Story of Seasons: Pioneers of Olive Town has a release date of 23rd/26th March depending on whether you’re in North America or Europe/Australia, and we’ve been reporting on the battle all along – from which one has the cutest pre-order plush, to finding out that Story of Seasons will include same-sex marriage, but Harvest Moon won’t.

There are many metrics that might sway you, most of which we will eventually cover in our reviews of both, but for now, there’s this video by Adam Roffel, which shows the first thirty minutes of both games at the same time.

Is the first thirty minutes of a game representative of its whole? Probably not, but at least you can compare and contrast the art and the characters.

For example, Story of Seasons doesn’t have character portraits, making it hard to determine the emotions of people you’re talking to, but Harvest Moon has animated emotions during their more visual novel-style dialogue. On the other hand, Harvest Moon’s graphics are a little less pretty than Story of Seasons’ looks.

Hopefully, this video will help you a little more to make your choice between the two – or decide to sack them both off altogether.

Have you chosen a side yet, or are you waiting on reviews and more information? Tell us about your opinions so far in the comments below.

Random: 'Amogus' Is A Playable Among Us Pokémon Hack

Gnosia Is Out On Switch Today, And It Looks Like Among Us Crossed With Virtue's Last Reward