Video: 5 Special Wii U Virtual Console Games Not on Switch 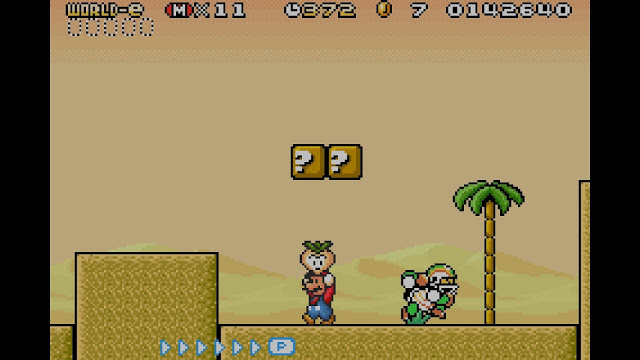 For years the Virtual Console allowed us to relive our fondest memories in gaming. Being able to download The Legend of Zelda: Ocarina of Time and play it in its original untouched state held a tremendous amount of value…but sometimes the service went above and beyond.

Did you know Super Mario Advance 4: Super Mario Bros. 3 contains almost 40 brand new levels made specifically for the Game Boy Advance e-Reader? If so, did you actually played them? (If the answer is still yes you were like one of 10 people). The Wii U Virtual Console release launched with all e-Reader levels unlocked by default – including the levels that were only distributed in Japan. These weren’t just regular old levels either, they would take elements from across the entire Mario Advance series and utilise mechanics that weren’t even in Super Mario Bros. 3. Chargin’ Chuck? He’s here. The Super Mario World cape – present! You can even pluck turnips as if it were Super Mario Bros. 2.

Then we had games officially released in English for the very first time like Earthbound Beginnings which had been sitting in Nintendo’s vault for decades. All of the games in this video allowed new players to experience features that would otherwise be highly inaccessible or even impossible on their original consoles. We’ve seen Nintendo continue this trend with the recent launch of Fire Emblem: Shadow Dragon and the Blade of Light and hopefully this is far from the last release of its kind.