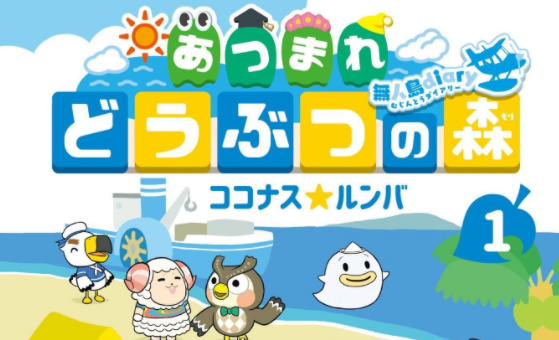 Ever wonder what all your Animal Crossing: New Horizons villagers do without you? Our guess would be that they wander around the town, having banal conversations with each other and literally counting down the amount of time we’re gone for so that they can berate us when we return.

However, according to the Animal Crossing manga, Deserted Island Diary, they’re having a grand old time. The series, which came out in Japan a while back, is getting an English translation this year, starting with the first book, Animal Crossing: New Horizons, Vol. 1 Deserted Island Diary. The series will continue with two new volumes every year, covering various different villagers.

You may remember the ACNH manga strips called NookTails from earlier last year, which showed Tom Nook giving tips to newcomers, and Timmy and Tommy mostly causing chaos. The official Animal Crossing Twitter account published them before and after the game’s release.

It looks like Timmy and Tommy got a bit carried away, hm? They still have much to learn! pic.twitter.com/wNg3WZLWP5— Isabelle (@animalcrossing) May 13, 2020

Does an Animal Crossing manga sound like your kind of thing, or are you still waiting on Nintendo to announce something bigger for the one-year anniversary of the game’s launch? Let us know below in the comments.

Narrative Choose-Your-Own-Adventure Game Sorcery! Gets A Switch Release This Year