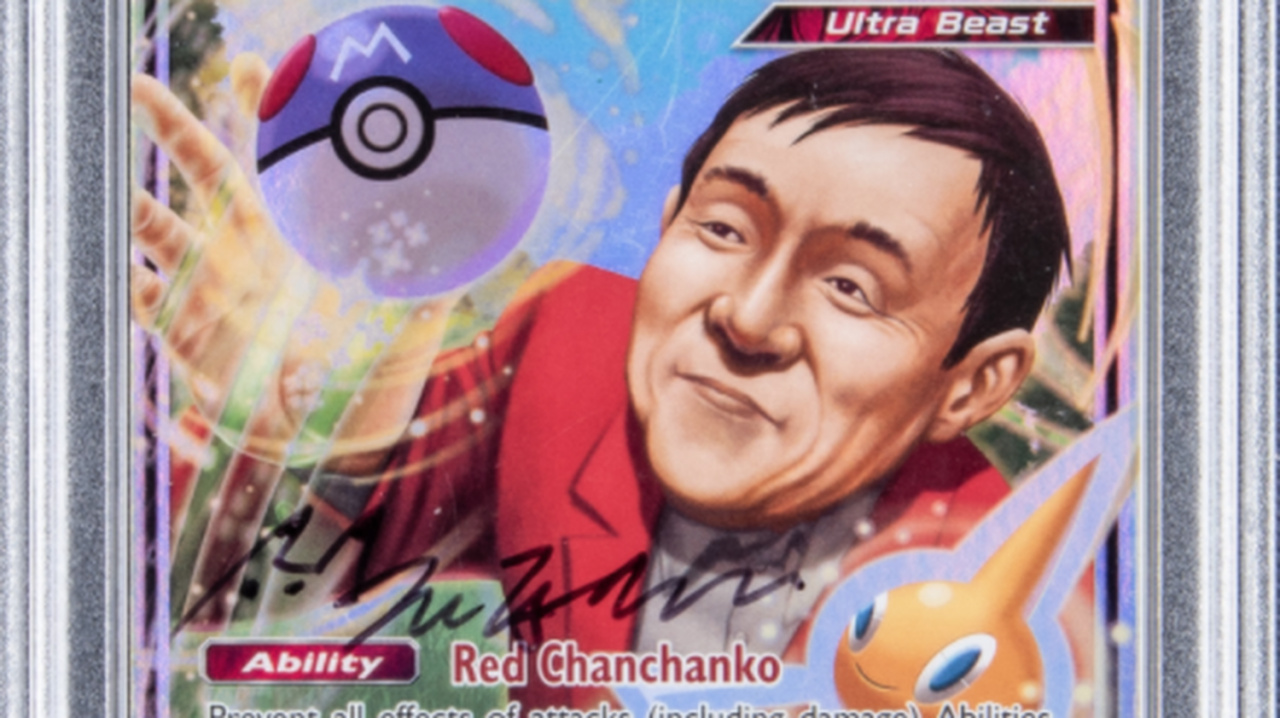 We’re getting pretty used to seeing Pokémon cards selling for ridiculous amounts of money these days, and this latest case is another prime example of exactly that.

Goldin Auctions recently held its April Premium auction, selling off a number of highly valued trading cards to eager collectors. The standout sale was a LeBron James 2003 Exquisite Rookie Patch card which sold for an absolutely bonkers $1.72 million, but that’s not what we’re interested in here.

Yes, a Pokémon card sold for the much more reasonable sum of $247,230 (seriously, where do people find this kind of money and can we get in on the action please?). The card in question was a copy of the SM Black Star #TPCi01 Tsunekazu Ishihara GX Promo Card, a very special 2017 release that was originally distributed to The Pokémon Company employees to celebrate the company president’s 60th birthday.

In near mint condition and even hand-signed by Ishihara himself, you can see why such a card would interest keen collectors.

Of course, we’ve seen even higher sales in recent times – like the Charizard card that sold for over $300,000 and the rare Blastoise card that went for $360,000. No wonder people are resorting to buying shares in Pokémon cards these days.