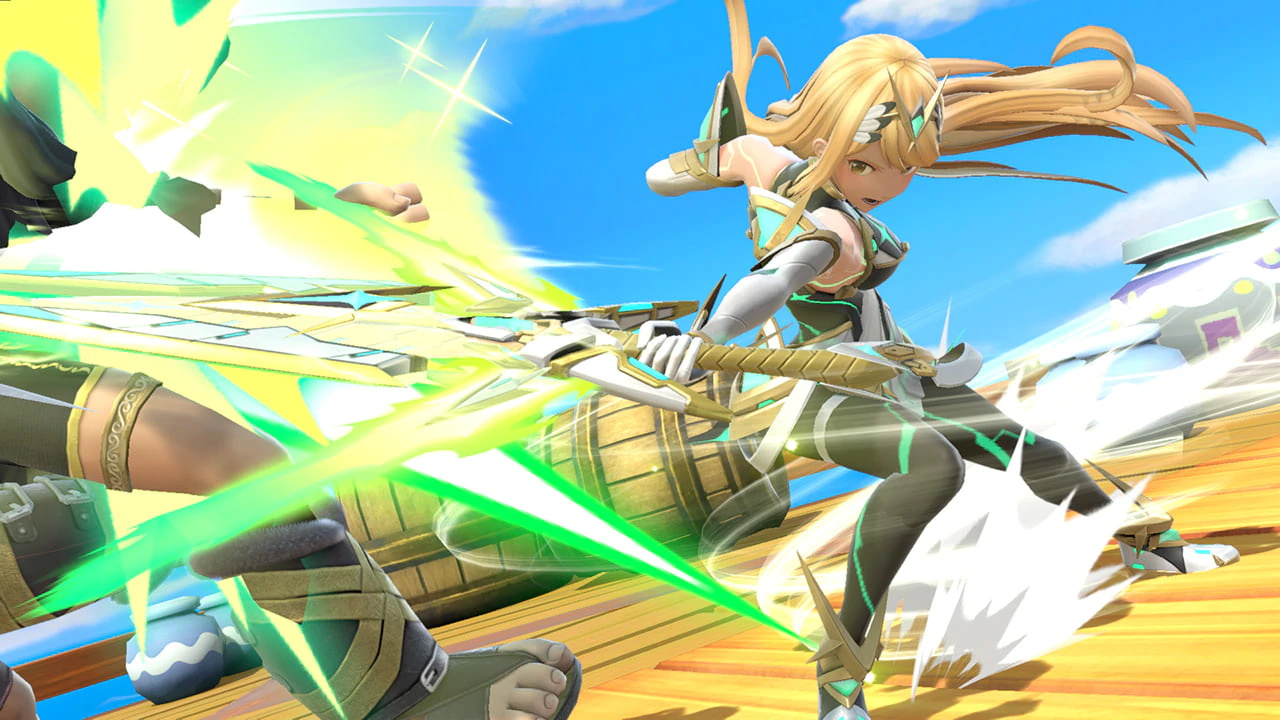 Later today, Super Smash Bros. Ultimate director Masahiro Sakurai will be showcasing the new DLC fighters. This time around, it’s Pyra and Mythra from Xenoblade Chronicles 2 and they just so happen to be another set of sword users.

In the lead-up to this broadcast, Sakurai appeared on the latest episode of Washa Live and took the chance to remind everyone that the decision to add sword fighters isn’t up to him. Here’s what he had to say, courtesy of a translation by Nintendo Everything:

“Sword fighters…? Hey, it is what it is!…Like it or not, it’s not up to me whether another sword fighter goes in the game.”

“even if it is another sword fighter, it will be fine as long as we balance them properly….And in contrast [to fighters like Steve] sword fighters are easy [to implement].”

Who is calling the shots then? Sakurai elaborated on this last February, explaining how his own “preferences” don’t play a role in the fighter selection process and noting how Nintendo had a “larger” say in the decision-making:

“My preferences don’t play a role in which new fighters are added; Nintendo has a larger say in that decision and brings their thoughts to the table…The fighters that we include in Smash Bros. tend to come from series that have histories. For instance, Dragon Quest’s “Hero,” “Banjo & Kazooie,” and Fatal Fury’s Terry Bogard all first appeared around 20 to 30 years ago – I want to include quite a wide breadth of characters.”

In his latest chat about the fighter selection process, he also warned everyone he could get in trouble for saying too much:

“I’m sure if I go a little further, I will get something from Nintendo…”

The upcoming Smash Bros presentation will once again take place today (2pm GMT / 3pm CET / 6am PT / 9am ET). It’ll be “roughly 35 minutes long” and will show off an in-depth look at the new two-in-one fighter. Nintendo yesterday revealed version 11.0.0 of Super Smash Bros. Ultimate would also be arriving soon.

How do you feel about more sword fighters joining the roster in Smash Ultimate? Leave a comment down below.

Dynasty Warriors 9: Empires Has Been Delayed, With No Solid Release Date Given