Home » Gaming » Random: Which One Of These Cursed Game Boy Colors Is Your Favourite?
Gaming

Random: Which One Of These Cursed Game Boy Colors Is Your Favourite? 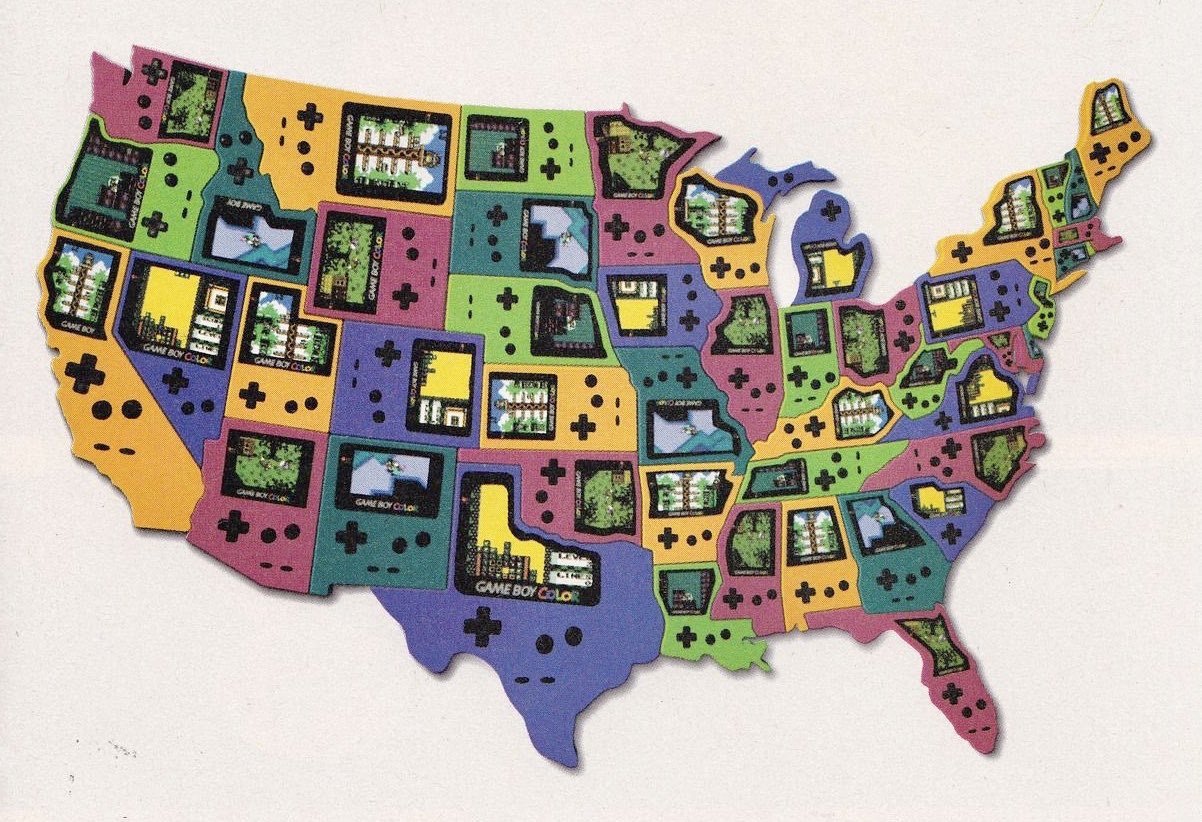 Less creepy, maybe, but infinitely more cursed. In this old Nintendo Game Boy Color ad, made for American TV, the United States is made up of Game Boys… and each one is shaped like the individual state it’s representing. Also, there’s a big, scary mouth at the end that aggressively croaks the slogan “GET INTO IT” for no good reason, and Alaska and Hawaii – who apparently didn’t get invited to the party – get blasted into space.

In this tweet by Ben Bertoli, we can see the matching magazine advert with a clearer image of the Game Boy States. Some, like the rectangular Kansas and Colorado, make relatively normal Game Boys. Meanwhile, California looks like it would be hard to hold, New Jersey has some kind of spinal issue, and Texas has a really awful L-shaped screen that makes Tetris impossible.

Our particular favourite is South Carolina – the indigo one on the east coast that has no buttons, only a D-Pad. A little extra challenge never scared us away.

Which squiggly GBC is your personal favourite? Do you find yourself identifying strongly with any of these monstrosities? Let us know in the comments.