Home » Gaming » Random: This Wasp Run In Animal Crossing Will Make You So Nervous
Gaming

Random: This Wasp Run In Animal Crossing Will Make You So Nervous 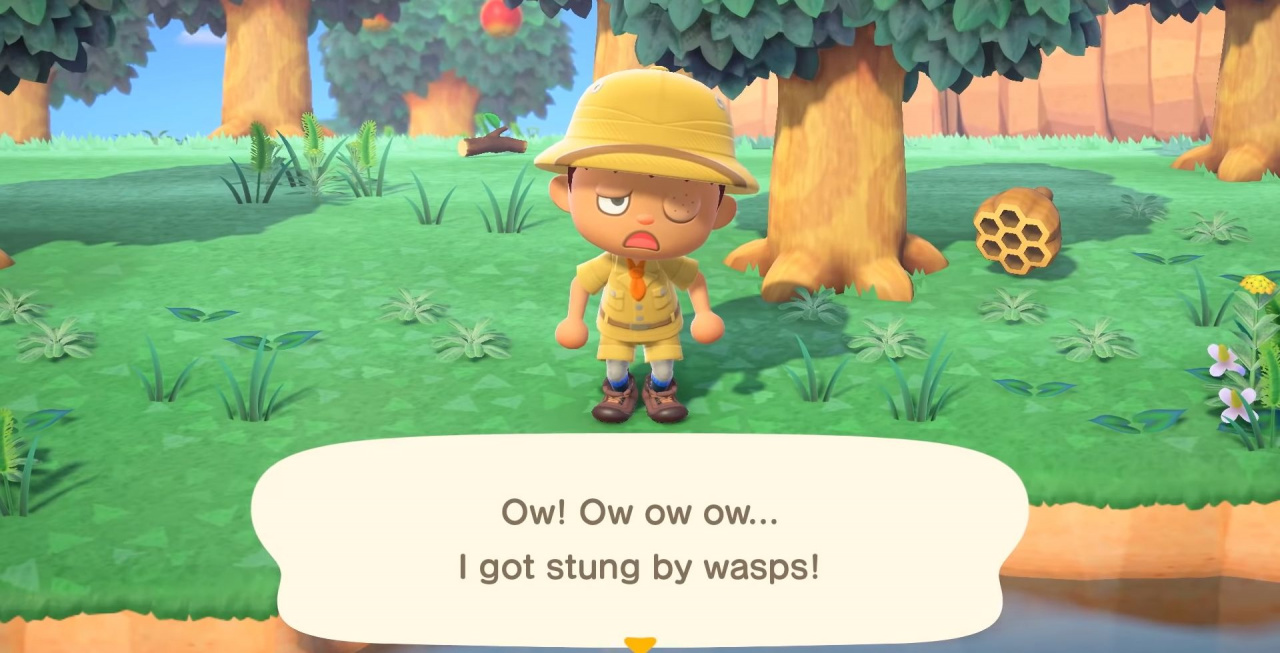 Imagine the scene: Blathers is just hanging out at the Museum, thinking about how much he loves bones, and suddenly he hears an intense buzzing, growing ever louder. Blathers doesn’t like bugs at the best of times, so he hopes it’s just his imagination, or maybe some faulty wiring. Seconds later, the villager – both boon of his life and bane of his existence – crashes through the door, panting and sweating, followed shortly by a bunch of angry wasps that bounce harmlessly off the invisible door at the Museum’s entrance.

We don’t get to see Blathers’ perspective in this video, but we wish we did. The poor, much-put-upon owl would probably be cacking himself to witness this thirty-second wasp escape, which feels more like a ten-minute video when you know the terror of approaching wasps. Heading to the Museum is a pro trick: you’re much less likely to accidentally hit the door with whatever tool you have in hand if there’s no door. Take that, wasps!

It’s not like wasps are even that bad – all they do in Animal Crossing: New Horizons is bruise up your face a little, and cause all the villagers to worry about your health. If you really care about looks, they’ll cost you a few hundred bells, too, in the form of medicine. But somehow, Nintendo has managed to make one of the most nerve-wracking, heart-pounding villains of 2020.