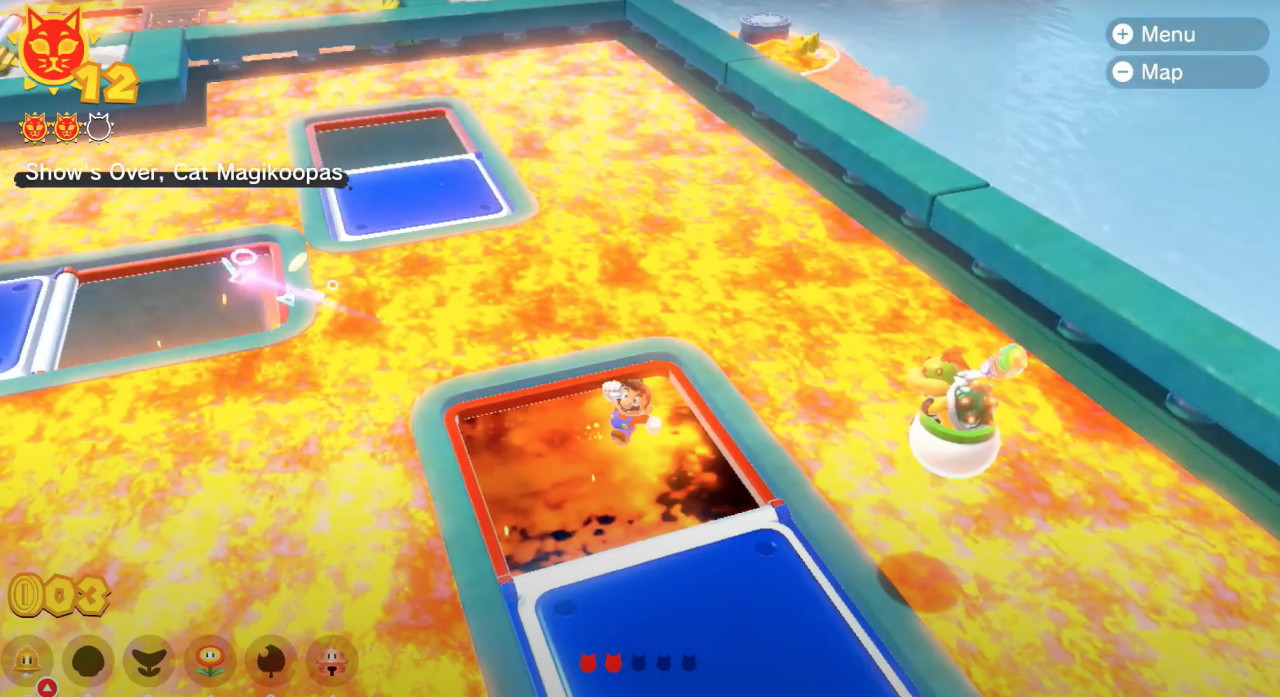 Raise your hand if you played “the floor is lava” as a kid. It’s one of the simplest games you could play, jumping from sofa to sofa as you tried to avoid being “killed” by the “lava-filled floor”.

It’s no surprise video games are full of variants on this idea, and most Super Mario games already feature lava in some capacity, Super Mario 3D World included. We can’t say we’d expected someone to mod this idea into Bowser’s Fury, though.

Created by Amethsyt-szsYT, this new mod (which requires a hacked Switch, we should note) adds lava across most of the new expansion, from Lakeside to the Wastelands. Levels are still playable as not everything is covered – bridges and walkways included – but it’s significantly more challenging.

It’s not impossible to beat Bowser’s Fury with this mod, and in the video above, ProsafiaGaming does a full playthrough, eventually completing the final boss fight. However, Amethsyt-szsYT has said that – to their knowledge, at least – it’s only possible to get 86 out of the full 100 Cat Shines.

Would you give this mod a try? Let us know in the comments.