Home » Gaming » Pre-Order Story Of Seasons: Pioneers Of Olive Town And Get A Buffalo Costume
Gaming

Pre-Order Story Of Seasons: Pioneers Of Olive Town And Get A Buffalo Costume 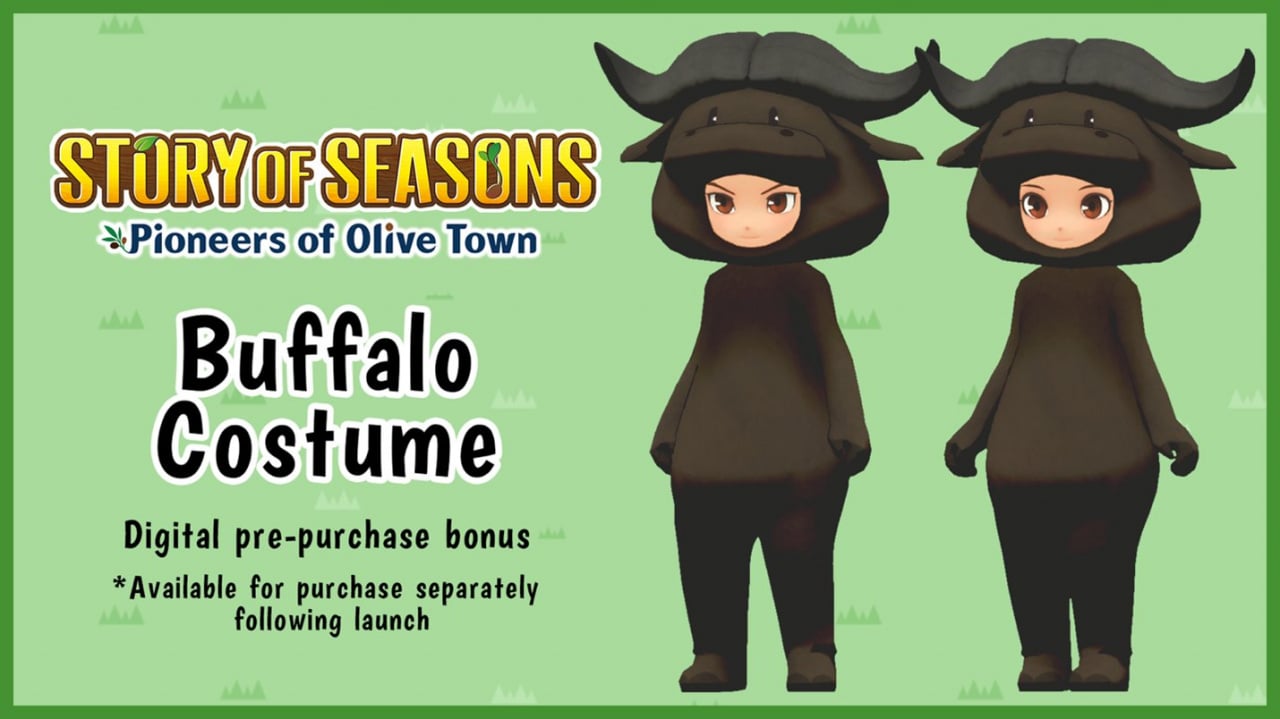 Following on from the announcement that physical pre-orders of the game will get a Buffy the Buffalo plush, XSEED has added another boon on for potential fans of the upcoming Story of Seasons: Pioneers of Olive Town: a Buffalo costume. Is there something we don’t know about buffalos? Should we be investing in the bison market? Please, XSEED. Tell us your bovine secrets.

Now, given that we just posted a story about the pitfalls of pre-ordering before you read reviews, you’d think we’d be hesitant to recommend pre-ordering a game just because it comes with goodies, but look at its wee little nose! And its little hooves!

Luckily, the Buffalo costume will be available outside of pre-orders – you’ll just have to pay extra for it.

The “Expansion Pass Set”, which includes the game and all the DLC that adds new marriage candidates and old favourites to the game, has a 10% discount for pre-orders. The Expansion Pass on its own has a 15% Early Bird discount, until the 12th April, which is about three weeks after the game releases.

Pre-orders are being taken now on the eShop, if you really can’t wait to dress like everyone’s favourite cow variant. Don’t say we didn’t warn moo!

Random: There's A Speedrun Of Super Mario Sunshine In Which Peach Never Gets Kidnapped