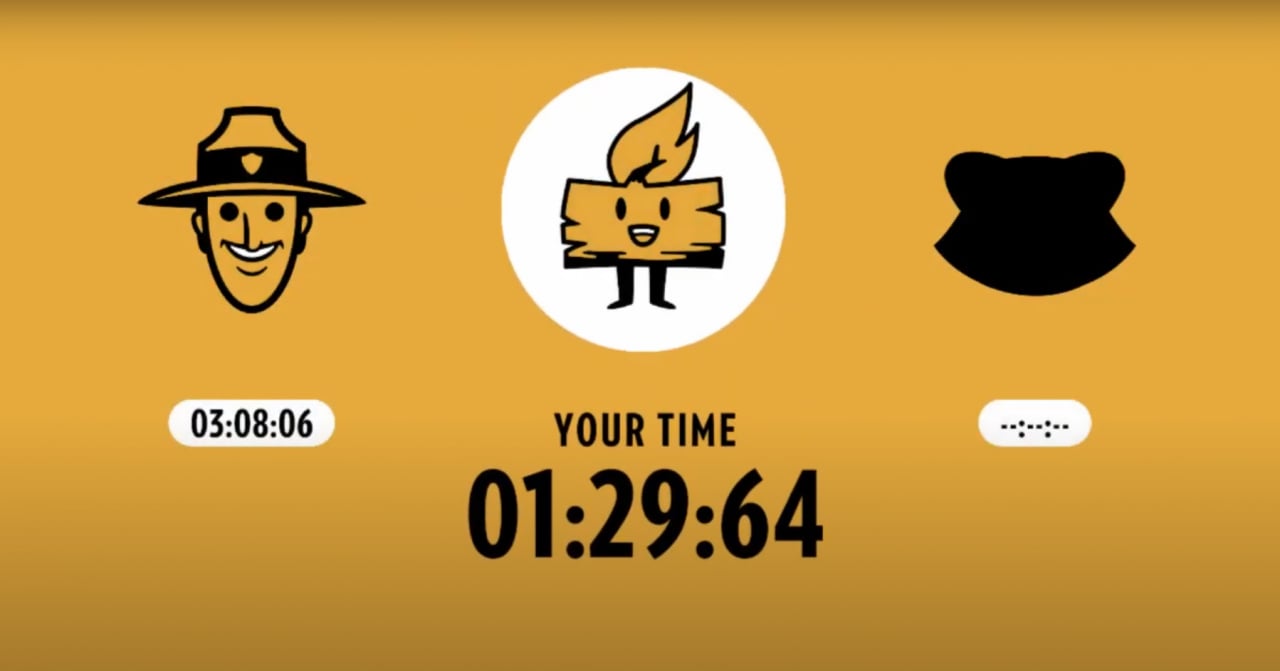 It’s Firewatch‘s Fifth anniversary, and to celebrate the big day, Cabel Sasser – the co-founder of Firewatch publisher, Panic, and co-creator of the PlayDate – tweeted out a big secret about the game.

Don’t read past this if you want to discover it for yourself! We’ll give you a hint: Search for a sign that directs you to Beartooth Point. That’s all we’ll say…

In Free Roam mode, the player can stumble upon a little Post-It note on a sign, which in turn will add a new location to their map. Put the code from the Post-It into the cache you find there, and you’ll reveal a surprise – a Nintendo 64 cartridge.

Take the cartridge to the foot of a little Byrnes statue (the mascot of the game, and of the in-game Forest Service) and you’ll unlock a secret mode called Forrest 64, where the little guy is turned into an N64-style chibi version of himself, and has to run around collecting little emblems and staying away from burning logs.

The music is even different – it was composed by Cabel himself, and he describes it as “what if I ruined Chris Remo’s Firewatch music, but in a hopefully-funny way?” It’s reminiscent of Rare composer Grant Kirkhope’s early Banjo-Kazooie work, which is to say that it’s perfect. You can listen to the full soundtrack on Spotify.

We have covered the secret mode before here on Nintendo Life – we never miss a trick – but rediscovering this charming little secret in celebration of the game’s fifth birthday seems appropriate.

Have you found this secret mode in Firewatch, or is this news to you? Tell us in the comments!

Diablo II Resurrected Is Coming To The Nintendo Switch This Year