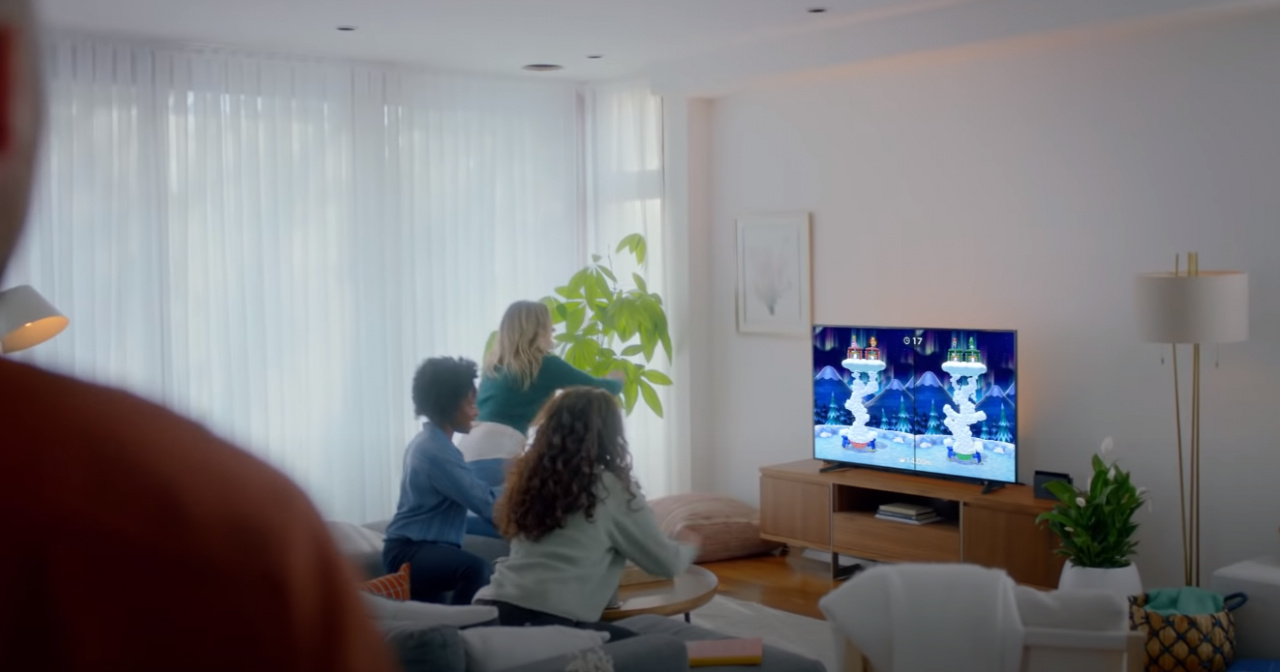 Are all adverts going to start with things like “I’m so glad we get to bubble together” now, just to protect the company from COVID-related backlash? Well, Nintendo’s new Switch advert for Super Mario Party does.

Featuring three women in a very fancy house, the ad shows off the co-operative and competitive games in Mario Party, plus a husband poking his head in to check why the gals are yelling so much. He’s not invited, though, because apparently this is “games with the girls”. They do know Mario Party can support up to four players, right?

In another ad, posted to the Nintendo YouTube channel an hour later, two women (different women) attempt to tidy up their extremely beautiful house while getting distracted by Clubhouse Games: 51 Worldwide Classics. It’s something we’ve all experienced, right? You’re trying to hoover, but you just really want to play chess instead. No wonder it’s one of the oldest games in existence. It’s so damn addictive!

The two adverts are part of an American campaign called “Nintendo Switch My Way”, which has also featured games like Mario Kart 8 Deluxe, Animal Crossing: New Horizons, Minecraft, and Fortnite. One thing they all have in common is depicting friends and family having a grand old time with each other (and the Nintendo Switch) and not throwing Joy-Cons at each other’s heads because one of them sold a fossil rather than giving it to Blathers. Isn’t that how games are supposed to be played?

Random: Okay, You Can't Actually Use This Kirby Keycap, But It's Still Very Cute