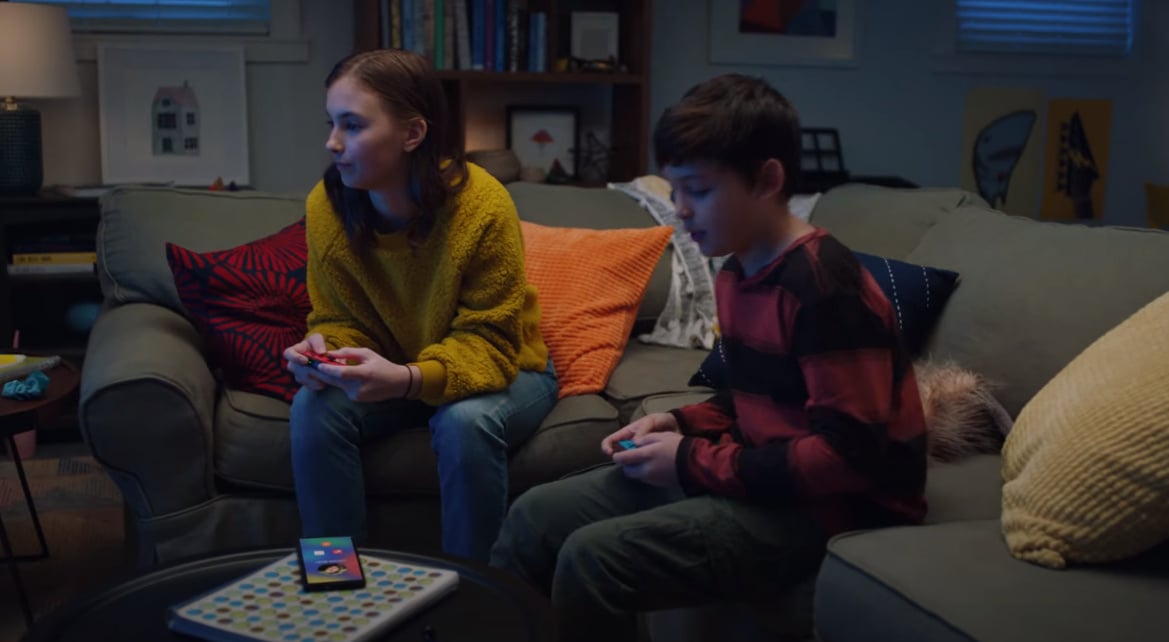 The latest “Nintendo Switch My Way” adverts, which show off Breath of the Wild, Super Mario Party, and Super Mario 3D World + Bowser’s Fury, are part of an ongoing campaign to show a bunch of diverse people playing the Switch in different scenarios. Unlike the recent Super Bowl adverts, which pretended like COVID didn’t exist, the Switch ads are all about how the console can bring people together despite the pandemic.

But one strange thing has stuck out in a few of these ads: the people playing games are not using the Nintendo Switch Online app to voice chat, instead preferring to talk to each other via video chat and phone calls. In a now-unlisted trailer (maybe because it caused a bunch of Americans to panic about the seemingly increased price of the console), Canadian actress Annie Murphy uses her laptop to call her mum – who is, notably, not her on-screen mum from Schitt’s Creek, Moira Rose, but her real-life, actual mum.

Has Nintendo ditched their voice chat app just as quickly as they gave it to us, amid Animal Crossing: New Horizons‘ pandemic launch? Or are they just acknowledging that most people would prefer to use more robust chat options?