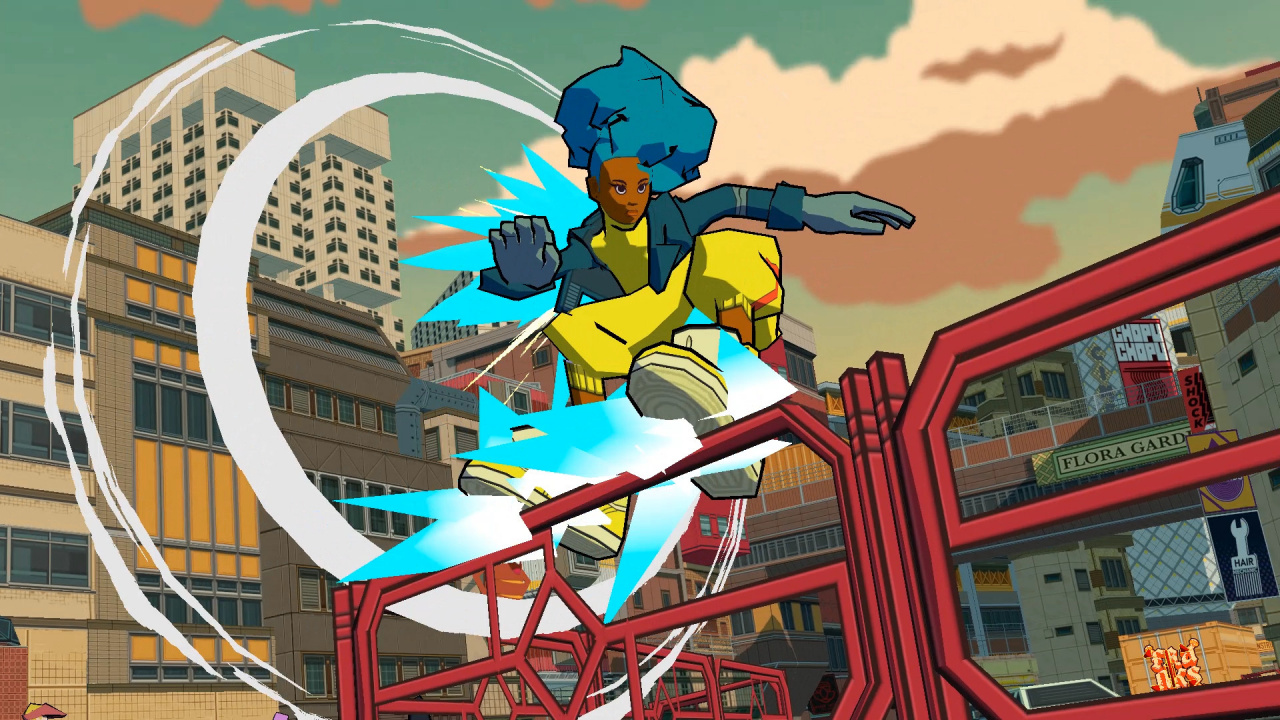 If you’re a fan of the Sega series Jet Set Radio, one game you might want to be on the lookout for is Bomb Rush Cyberfunk.

It’s done by Team Reptile (the developer behind games like Lethal League and Lethal League Blaze) and features music in it by Hideki Naganuma – the guy who composed for Sega’s Jet Set Radio series.

This week actually marks the 19th anniversary of Jet Set Radio Future and in line with this, Team Reptile has dropped an “official trailer” for its upcoming title. It has also provided some insight about the world of Bomb Rush Cyberfunk:

“Team Reptile brings you Bomb Rush Cyberfunk, 1 second per second of highly advanced funkstyle. In a world from the mind of Dion Koster, where self-styled crews are equipped with personal boostpacks, new heights of graffiti are reached. Start your own cypher and dance, paint, trick, face off with the cops and stake your claim to the extrusions and cavities of a sprawling metropolis in an alternate future set to the musical brainwaves of Hideki Naganuma.”

Although there’s been no mention of a Nintendo Switch release just yet, the developer has previously confirmed the game will be coming to consoles and PC. In this latest update, Team Reptile has also mentioned how it aims to release the game on “all relevant platforms” in 2022. The Switch is relevant enough, right?

Would you be interested in playing a game like this on your Nintendo Switch? What do you think of the official trailer – getting some funky fresh beat vibes? Tell us down below.

Minecraft Dungeons' Flames Of The Nether DLC Pack Is Out Now