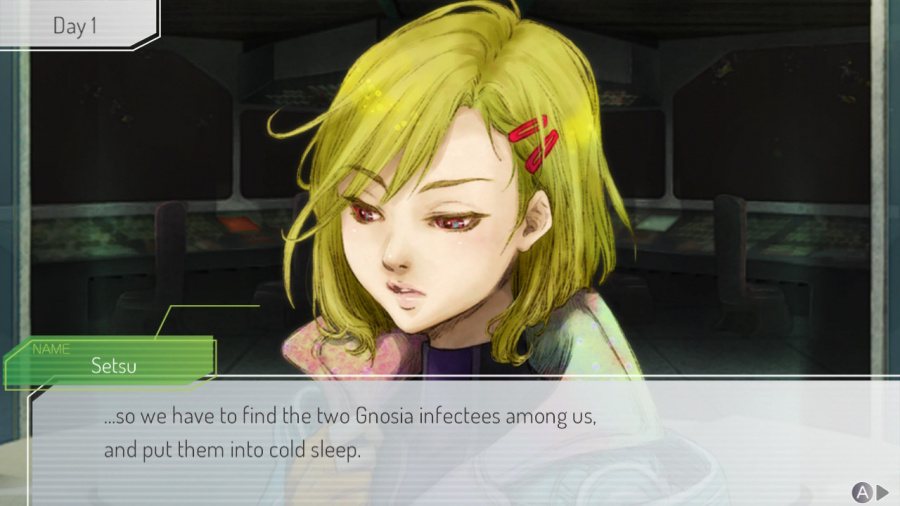 Tell us if you’ve heard this before: a bunch of characters on a space ship, constantly on edge because at least one of them is not who they seem. They hold meetings and vote off the one they think is the fake while the actual fake tries to hide their identity and kill everyone off one by one.

We’re talking, of course, about Gnosia (not that other game), a visual novel with RPG elements that was originally released for the PS Vita in 2019 but has found a new home on the Nintendo Switch. There’s a lot to enjoy in this game, which feels like a combination of Among Us and Danganronpa. From clever design to a diverse cast of characters, Gnosia is a deceptively deep experience hiding behind a simple premise.

Players take a place on a spaceship currently under siege from Gnosia, humans who have been infected with an alien presence and are compelled to wipe out humanity and spread the infection to the rest of the cosmos. The only way to defeat Gnosia, it seems, is through good, old-fashioned democracy. Meetings are held where accusations fly and players have to work out who is lying and who is telling the truth in order to save themselves and the rest of the crew from extinction. Between these meetings, players have the chance to interact and plot with their crewmates while hoping the Gnosia don’t consider them a big enough threat to kill. 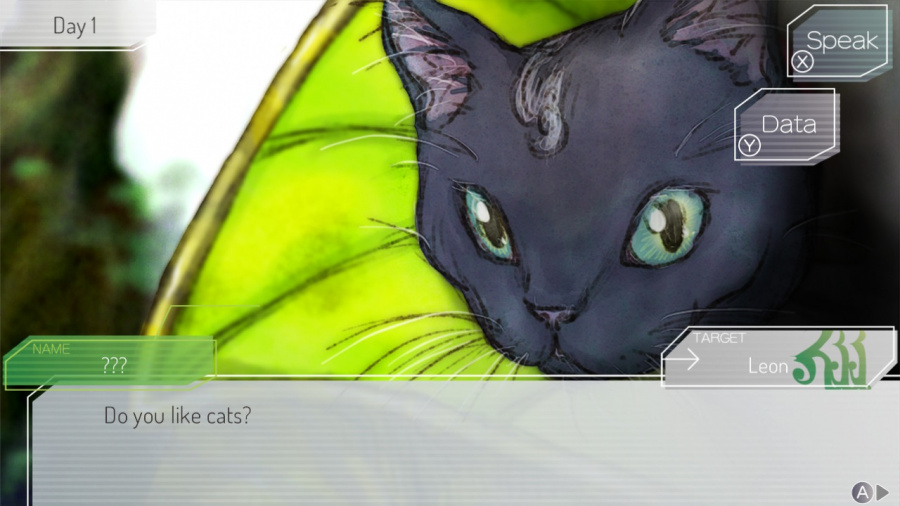 Immediately upon finishing character creation, you’re thrust into a meeting to decide the fate of the crew. With very little information to go on other than the need to make decisions quickly, we chose a crewmate who was the most suspicious and sent them to a deep sleep. It was a tense but effective way to introduce us to the core mechanic of the game.

Of course, with so little experience and so little information to go on, we got it horribly wrong and were swiftly put down by the Gnosia that got away. But it’s okay, because not only were we stuck in a murder mystery, we were also stuck in a time loop. When we woke up, we were back at the start, though things had changed. Each time we succeeded or failed to find the killer, new characters would show up and new rules and roles would be introduced.

There is a story hidden in the looping of time and what feels like a quick and simple game will actually take around twenty hours to uncover the entire plot. It quickly becomes apparent that you’re stuck in this sci-fi Groundhog Day until you figure out exactly why time is repeating itself. Each loop presents not only an opportunity to uncover who the Gnosia is – or act as the Gnosia yourself – but also more information about the rest of the crew. Things like their likes and dislikes as well as their relationships with one other will come into play and give you hints regarding who to vote out – if you’re sure to pay very close attention. 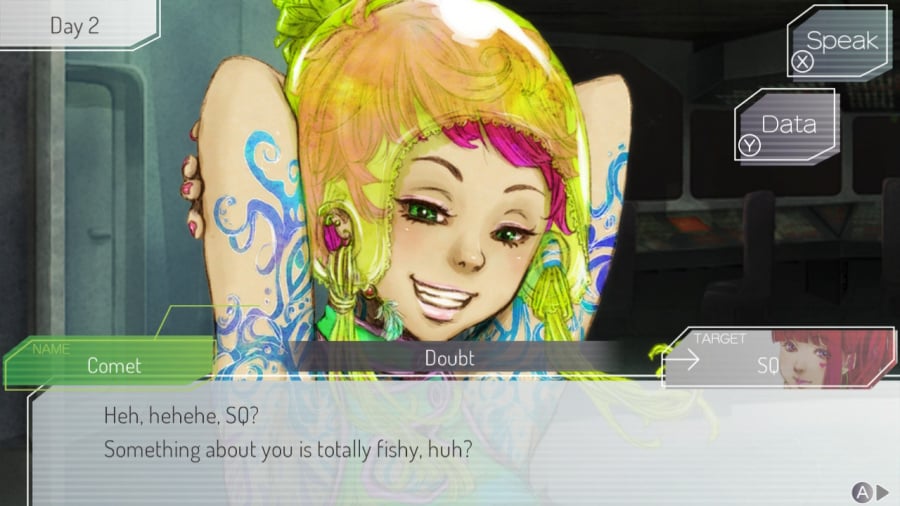 Eventually, you unlock the ability to influence the time loops in small ways, deciding how many of the potential crewmates would be joining you, how many Gnosia would be present, and even what role you play in that loop (this has an in-game explanation, which we won’t spoil here). This kind of shift is always a nice touch for a visual novel and creates a sense of immersion that isn’t necessary, but is always welcome.

If you’re a fan of visual novels and don’t mind having your heart broken from time to time by a character who declared their love for you one loop tries try to kill you the next, you will likely find something to bring you back to Gnosia for repeat plays. It is perfect for bite-sized play sessions since each loop will only take players ten or so minutes to complete, depending on how much you deliberate with yourself. By the time you unlock all the characters and roles, it’s quite a task to try to keep up with who is “sus” and who is just being coy, but that’s part of the fun.

The characters might change their roles with each time loop, but they do retain their core personalities, giving a sense of continuity throughout the game. Setsu is always going to be serious and militant-minded, Sha-Ming is always going to be a slacker, and Raqio is always going to think they’re better than you. While different alliances will spring up in each game, certain characters will gravitate toward each other more naturally and some will remain too proud to accept help from others. 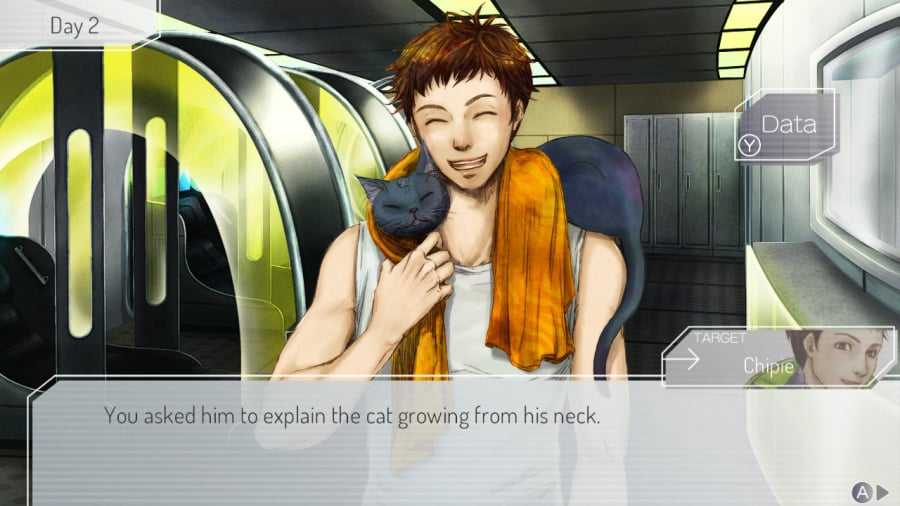 Character designs range from generic anime-inspired girl to Area 51 alien to dolphin in a fish-bowl helmet, though the actual art style has more of a watercolour portrait feel than most visual novels, making it both familiar and unique at the same time. Everyone is diverse enough that there is no danger of mistaking one character for another.

Among all the good stuff present in the game, however, the music stands out as a disappointment. It ranges from simply inoffensive to distracting and grating. After about an hour, we ended up muting the game and putting our own music on, which worked since there isn’t any voice acting or audio cues to worry about – anything that you need to know is shown on the screen. The music is certainly the low point of an otherwise fun and well put together game.

Between the surprisingly deep plot for such a simple game, the clever narrative explanation of the mechanics, and enough chaos going on in the discussions to keep you guessing, we had a lot of fun with this one. Gnosia’s simple game mechanics and deceptively deep story make it a must-have for visual novel and murder mystery fans; it’s just a shame that the music is so poor. Even so, if you give it a chance it’s highly likely that you’ll fall in love with each member of its diverse cast – just in time for them to kill you.