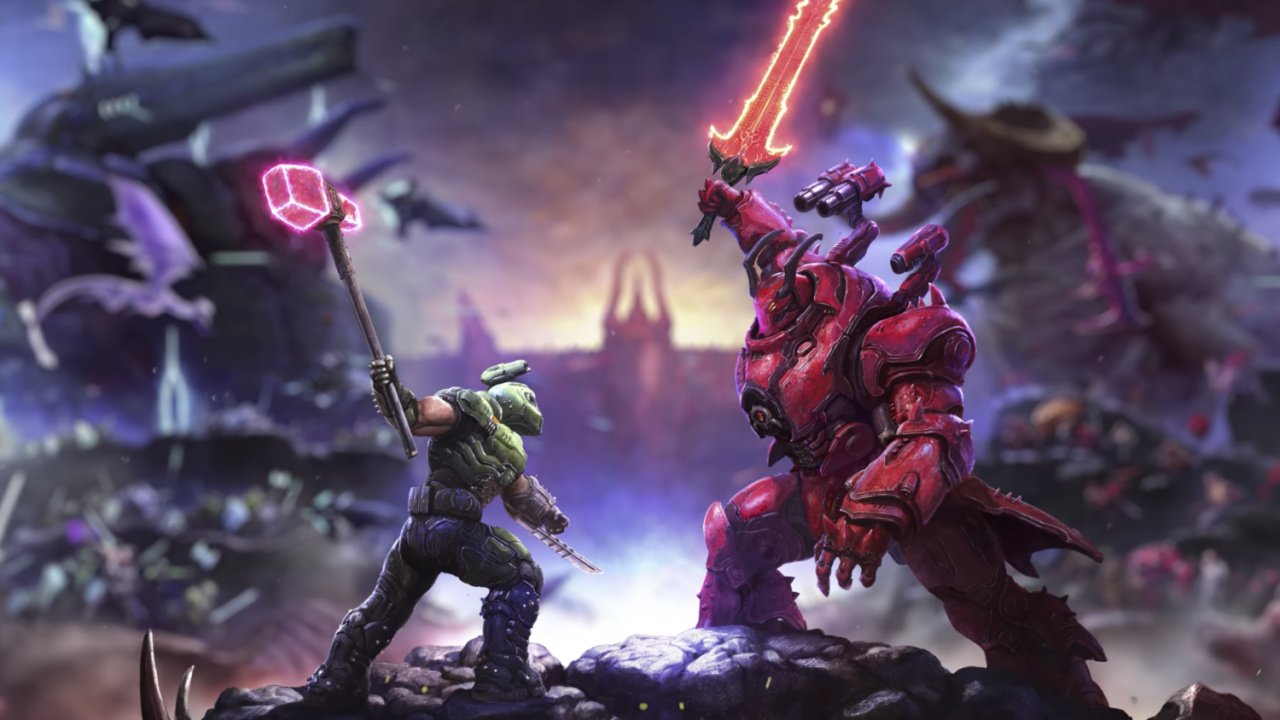 A new teaser trailer for DOOM Eternal‘s The Ancient Gods – Part Two DLC has been released, confirming that a full unveiling will arrive later this week.

The second part of The Slayer’s latest adventure will receive a ‘full trailer reveal’ on Wednesday 17th March, hopefully providing players on other platforms with a release date following last month’s Australian rating. There’s still no word yet on when The Ancient Gods DLC will arrive on Switch, so we’ll all have to remain patient for now – unless this week’s reveal shares a surprise release date for Nintendo fans, of course.

Towards the end of last year, a letter shared by developer id Software promised “Switch campaign expansions” as well as “other general additions and improvements” for 2021. Hopefully, then, that wait for new content won’t be too long.

In the meantime, if you haven’t already checked out the base game, we certainly recommend that you do – in our full review, we said that seeing DOOM Eternal running on Nintendo’s tiny portable machine “is nothing short of a miracle.”