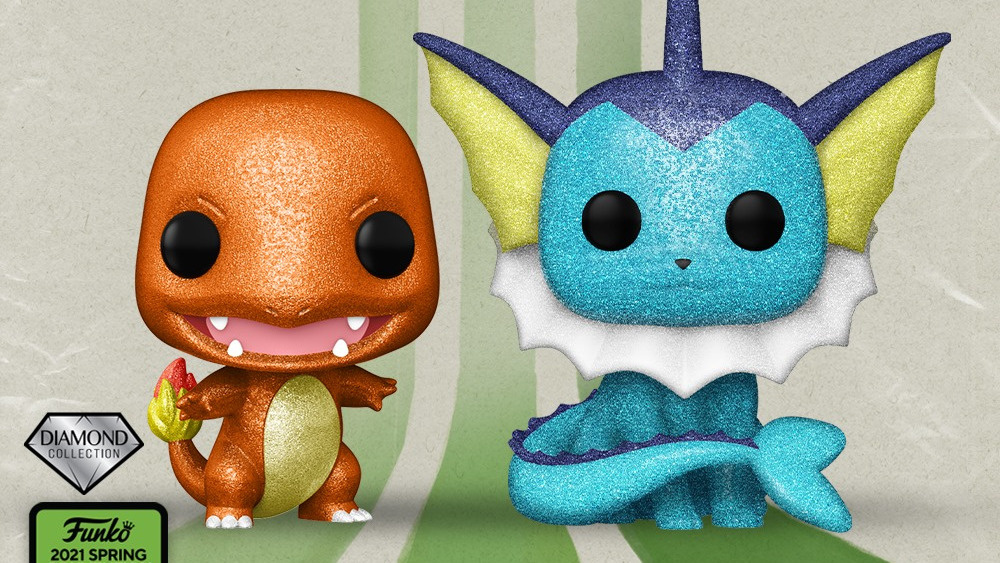 It wasn’t long ago we received news that Funko is expanding its range of Gen 1 Pokémon. Including a Metallic Silver Bulbasaur, those are due to arrive later this year but, in the meantime, Funko has just announced two exclusive new variants for Charmander and Vaporeon.

Calling them “Diamond Variants“, these sparkly figures are planned for the upcoming Funko Virtual Con Spring 2021, working together with Emerald City Comic-Con. The ongoing global pandemic hasn’t stopped Funko releasing exclusive convention merchandise – it is just doing so with an altered strategy.

Releasing on March 4th, these will be available via Funko’s online store. Within the United States, anyone looking to purchase them through traditional retailers will find Charmander exclusively at Target, whereas Vaporean is planned for Barned & Noble.

For more information on regional exclusives elsewhere, you can find that on Funko’s official blog post.

Will you be buying these variants? Let us know in the comments below.

The Making Of Star Fox Adventures, The Game That Was Once Dinosaur Planet - Feature