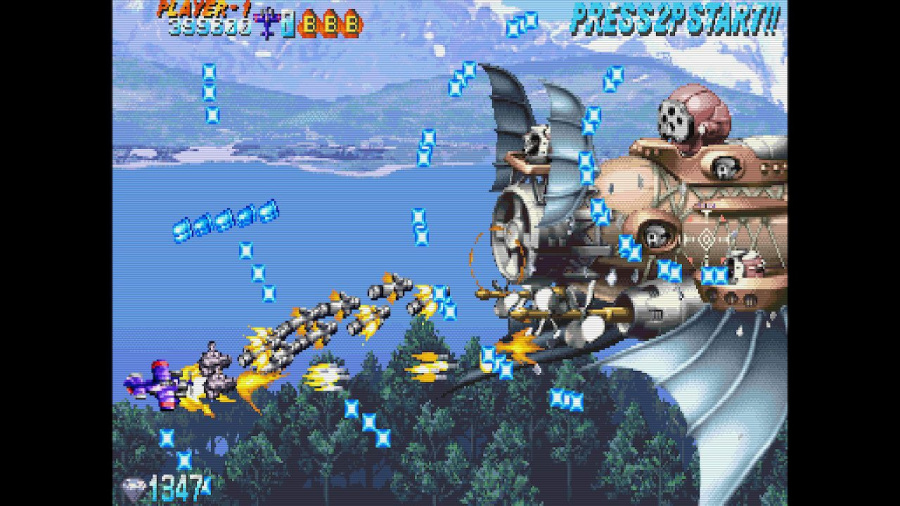 Even if you harbour a deep and sincere love for classic gaming, it can sometimes be tricky to muster a bounty of enthusiasm when a new retro gaming compilation lands. Over time we have perhaps become spoiled by an abundance of access to the mainstream of the video game form’s past. Iconic outfits such as Sega and Capcom have shared collections of their most beloved games over and over, and now we find ourselves in the era of micro-consoles and series like Hamster’s Arcade Archives. For all those reasons, access to retro games feels increasingly familiar.

For some, that familiarity has even bred contempt. There are those that feel they are being asked to buy the same games over and over for different formats. That’s a valid perspective, but the counterpoint there is that each new compilation from the likes of Capcom arguably brings important and influential works to a new generation of players. 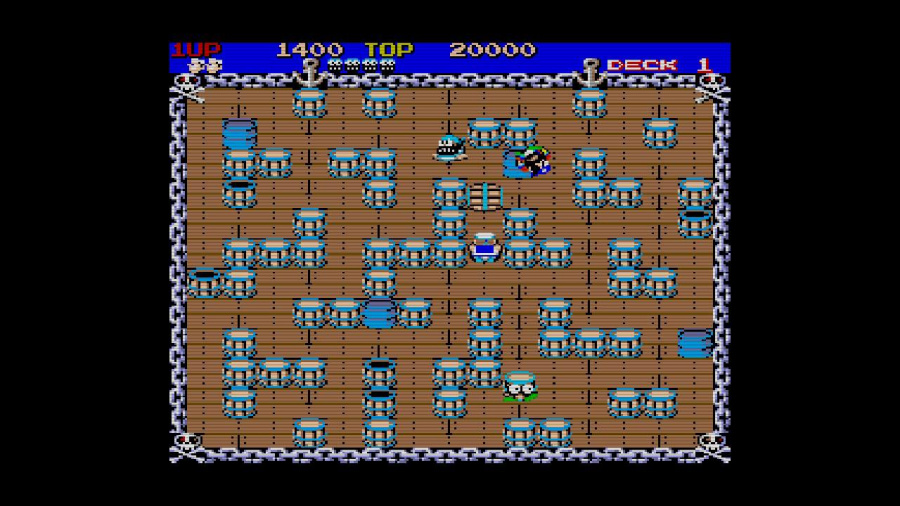 Which brings us to the recently-released Capcom Arcade Stadium. Certainly, it contains some strikingly familiar titles – some of which are already available on Switch via compendiums such as Street Fighter 30th Anniversary Collection and Capcom Beat ’em Up Bundle – yet it does a great deal more than simply repackage a spread of commonly bundled games, thanks to a spread of display options, scoring guides and more. It’s also fairly distinct in its focus, showcasing a relative bias towards shooters, which vastly outnumber the purebred fighting games available. But before we get to that, it’s worth clarifying the various ways Capcom’s latest compendium is available, because it’s easy to get confused here.

You can download Capcom Arcade Stadium – or at least its front end – entirely free. That grants you one game, in the form of the vintage shooter 1943. At the time of writing, you can also add Ghosts ‘n Goblins for no cost, for a limited time. Beyond that, a generous spread of 30 additional games is available. The full set will set you back £29.99 / $39.99, or you can buy them as three packs of 10 games, priced at £11.99 each. That trio of packs groups titles by era, with the first focusing on those released between 1984 and 1988, the second gathering arcade classics from 1989 to 1992, and the last covering 1992 to 2001. 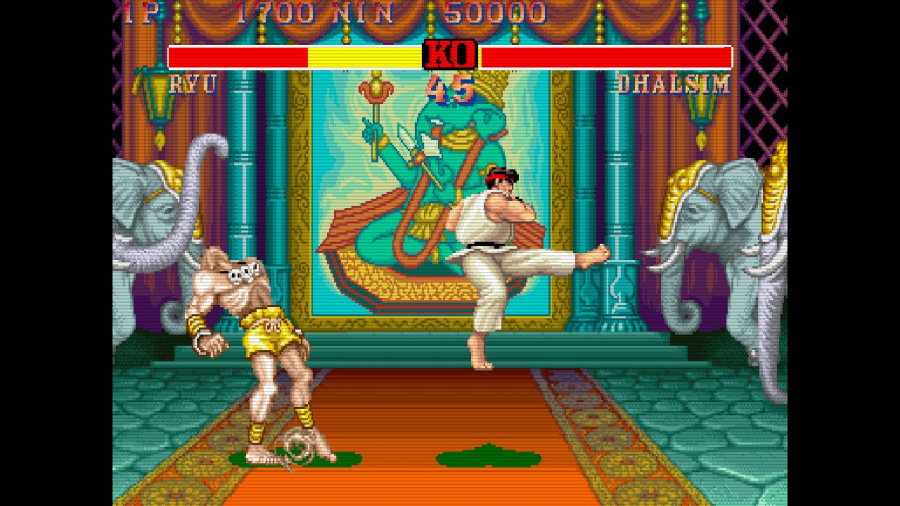 Now, a retro game compilation is ultimately judged on the spread of games, the accuracy of their realisation, and the extras that modernise the package. The first point is highly subjective. If you find four of your all-time favourites contained within, does that mean that the one conclusion you consider a stinker detracts from the full package’s worth to you? That said, in offering so many greats, it’s hard to refute the core quality of Capcom Home Arcade. There are a great many fantastic games included, from titans of arcade history to curious gems, via a masterpiece never before released to console. Thrillingly, Cave’s remarkable shooter Progear is included; its only other outing since its 2001 release on CPS2 arcade hardware being on the rather pricey Capcom Home Arcade.

As mentioned above, the fighting games that are so central to both the history of Capcom and arcade culture itself are strikingly low in number. There are just four included, three of which are Street Fighter II variants. That otherwise leaves the visually lavish (if mechanically average) mech brawler CyberBots.

There are equally a great many scrolling beat ‘em ups to buoy up the lack of traditional fighters, such as Final Fight, Captain Commando, Powered Gear, Battle Circuit, Dynasty Wars and its spin-off Warriors of Fate; all worth your time. Yet while the selection of beat ‘em ups is impressive, it is perhaps a genre that will appeal to a narrower band of arcade devotees (plus, if you own the aforementioned Beat ’em Up Bundle, you will already have access to these games). 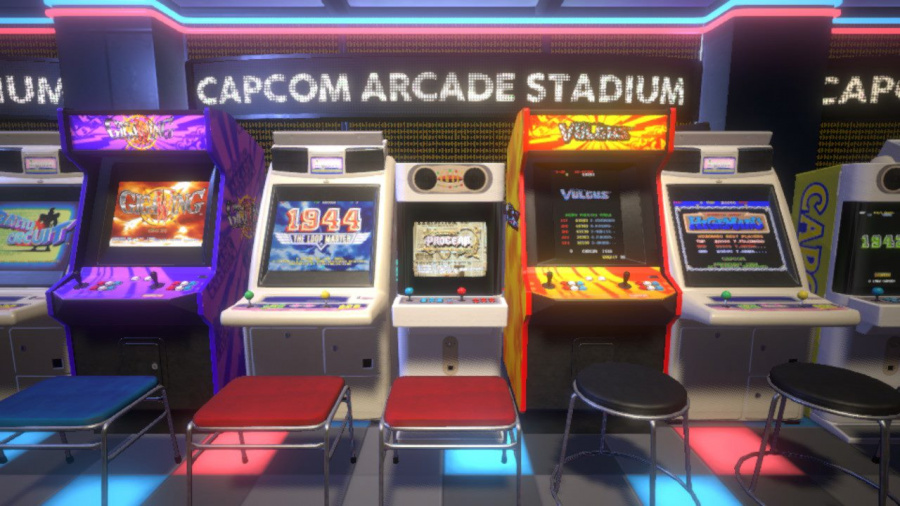 There are also several classic platformers that have aged rather well; particularly Ghosts n’ Goblins, Ghouls n’ Ghosts, and the brilliant Bionic Commando. The less-celebrated maze game Pirate Ship Higemaru marks another delightful inclusion. One of Capcom’s earliest works, it gently whispers of what was to eventually come with Bomberman. The curious charming platformer Mega Twins also deserves an honourable mention for bringing something a little less familiar to the line-up.

The shooter selection, meanwhile, is quite staggering. Cave’s horizontal bullet hell Progear is surely the standout, bringing tremendous depth, exquisite visuals, and enough replay value to fill dozens of hours or more. Add the likes of Giga Wing, 1944: The Loop Master (another console first, Capcom Home Arcade aside), Varth, 19XX: The War Against Destiny (previously only ported to GameTap), Carrier Airwing and oddities like Legendary Wings and Section Z, and there’s more than enough reason to invest, even forgetting the other genres.

If you have access to plenty of those titles, however, you’re likely to be more concerned with the additional features. Fortunately, there Capcom has plenty in place; online leaderboards, special time-limited challenge modes, and new abilities such as rewinding games on the fly or changing their speed all bring plenty fresh. There are also an abundance of display options that should cover a range of preferences. Whether you insist on scanlines, more contemporary smoothing, or even an arcade cabinet frame with other games boiling away in your peripheral vision, Capcom Arcade Stadium has you covered. There’s also a range of rotation options, meaning the scattering of vertical games included are Flip Grip compatible. 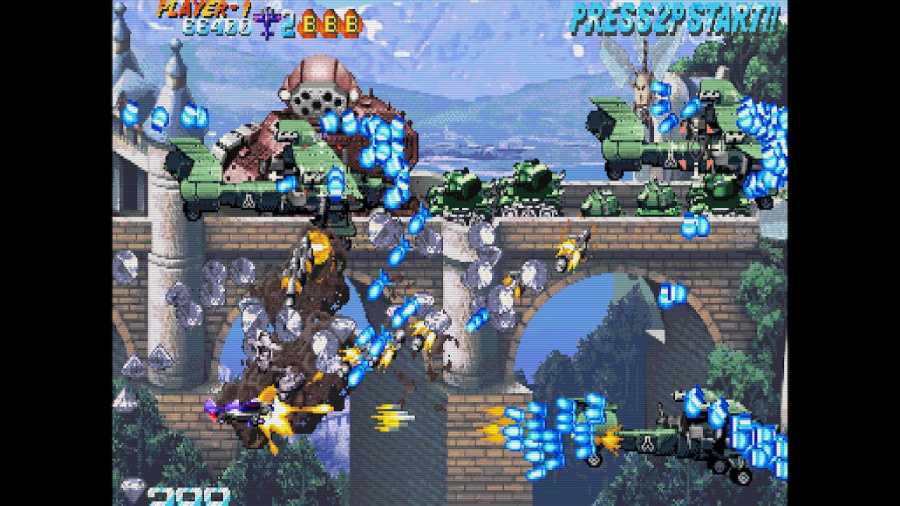 In terms of performance authenticity, for the vast majority of players, Capcom Arcade Stadium will be absolutely ideal. It is, however, ultimately a collection of ROMs served through emulation. In keeping with that, players across the globe seem to be having inconsistent experiences. We came across some flicker and frame drop on occasion in some of the older games, and detected input lag in Giga Wing that felt slightly limiting. But Progear, for example, performs very well indeed, even when compared to arcade hardware (which we did – we have a Progear arcade cabinet to hand). Still, if you are a seriously devoted arcade purist, brace yourself for slight inconsistencies with some of the games’ performance.

Perhaps more pressing is that so many of these titles were created to be played with a stick, nose to a large tube screen, and as such, some don’t translate ideally to the Switch’s handheld mode and its analog thumbstick. Playing some of the shooters at a higher level, trying to push score and milk the games’ systems at times proved remarkably tricky on a tiny screen and less-than-ideal controls. Throw those same games over to a full-sized screen with an arcade stick, and suddenly they are a great deal more manageable. Many of the fighters and beat ‘em ups, meanwhile, are much more portable-friendly. 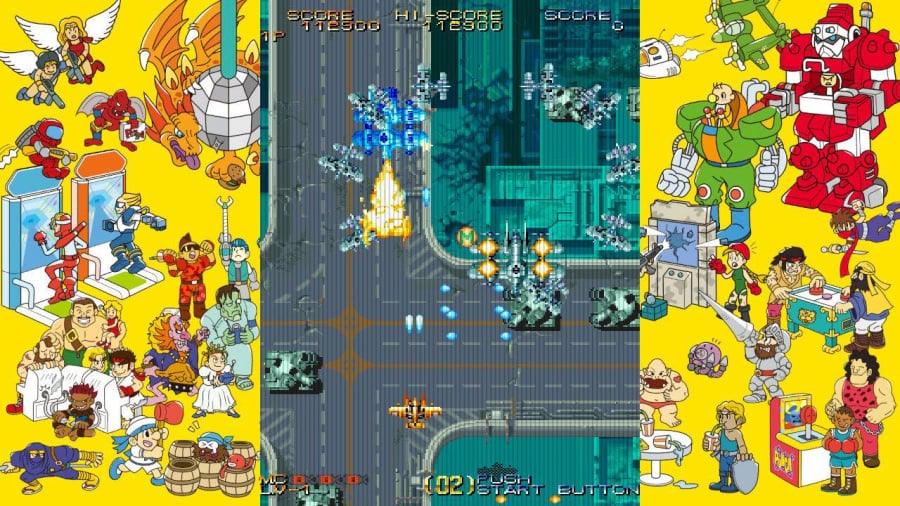 Finally, Capcom Arcade Stadium certainly deserves credit for the game manuals that give very thorough overviews of many of the included titles’ more arcane gameplay or scoring elements. It would have been nice to see more historic documentation of the included games; perhaps flyer scans and development history – stuff that was included with packages such as SNK 40th Anniversary and the aforementioned Street Fighter collection. Equally, there are so many different messages and screens of options to negate, it can be easy to lose oneself to that menu salad, but that’s a minor complaint.

The First Review For Bravely Default II Is Now In

Star Wars: Republic Commando Is Landing On Switch This April