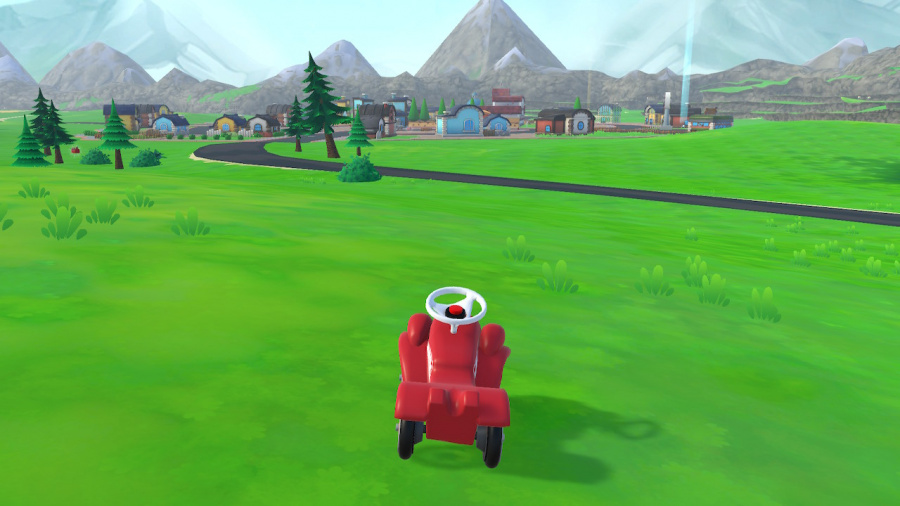 We’ve seen some odd licensed karting games in our time but the BIG Bobby Car is certainly one of the most left-field ones we’ve come across, even though it does make sense when you think about it.

For those not in the know, the BIG Bobby Car is a plastic ride-on car for young children that’s been on sale in Germany since the early 1970s. It’s basically the German equivalent of that red Little Tikes Classic Coupe car with the yellow roof that was massive in the UK and North America.

BIG-Bobby-Car – The Big Race is based on that car, then, but if you’re expecting your typical karting game then be prepared to be rocked to your core. This isn’t a standard ‘pick a car, pick a Grand Prix, take part in a series of races’ title — it’s actually an open-world adventure where your character happens to be a BIG Bobby Car.

BIG Bobby Car is enjoying a leisurely countryside drive one day when a blue car knocks into him, sending him flying off a cliff and landing in a field below. When he wakes up, he meets an elderly car who saw the whole thing but assumes he’s here for the town’s big festival anyway (which was just crying out for a “yup, I just thought I’d drop in” line). 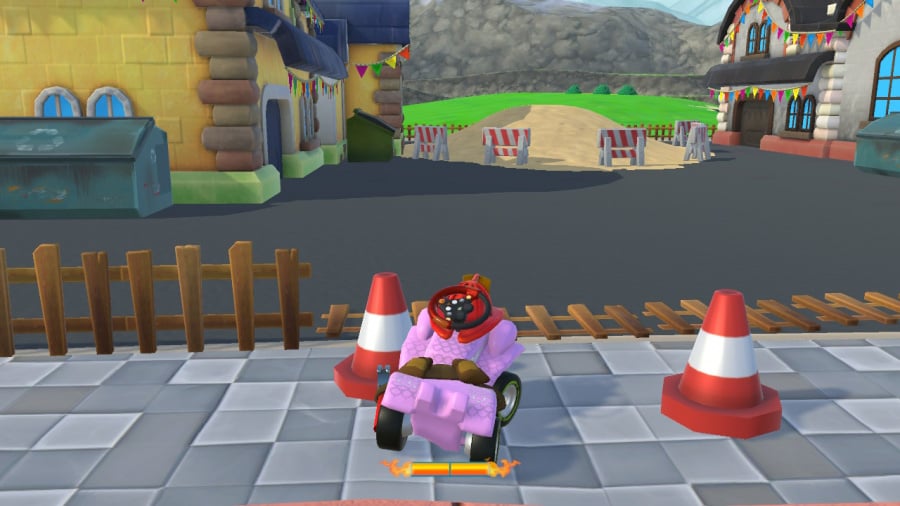 Rather than deciding at any point to speak out and say “actually, I’m not interested in your poxy festival because someone’s just tried to kill me”, BIG Bobby Car decides to stick around and help everyone in the town prepare for the festival. Cue an open-world situation where you drive to various characters and take on missions for them.

These missions come in different forms: they could be fetch quests, races, pursuits (where you catch a set number of cars before time runs out) or time trials. Completing some missions opens up set challenges on the map, which give you more racing, pursuit and collection tasks with Bronze, Silver and Gold difficulties.

Meanwhile, along the way you’ve got a checklist of eight different items that you have to collect set quantities of: sixty balloons, eight stars, fifty mushrooms, that sort of thing. Some of them continually respawn while others, like the balloons, are finite so you have to get them all. It isn’t difficult, though.

That’s the vibe of the whole game, really, and understandably so. Considering anyone aged eight or over would probably snap a BIG Bobby Car into SMALL Bobby Pieces if they tried to sit on it, it’s unrealistic to expect that the game is aimed at anyone other than very young children. In that respect, it’s perfectly fine: the handling is serviceable, the missions are straightforward, the voice acting gets the job done, the whole package is just harmless in general. 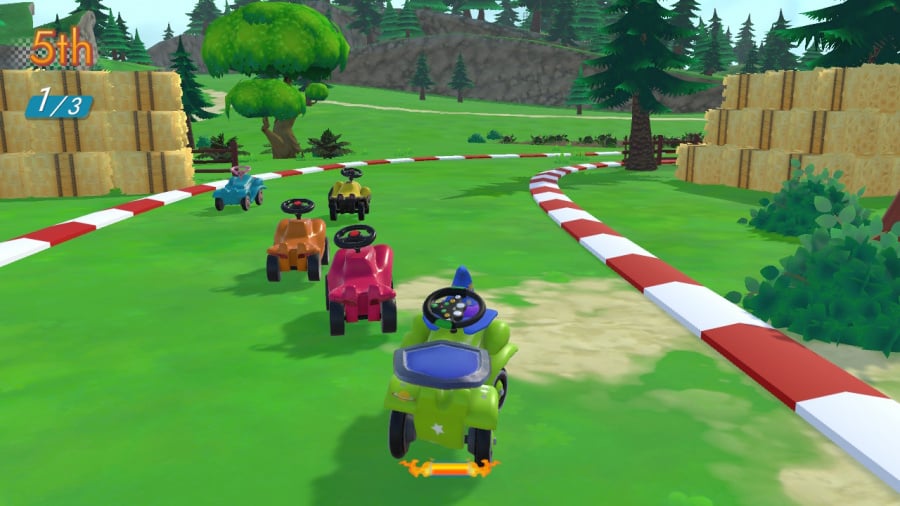 There’s just one issue, though, and it’s a biggie: the performance is absolutely abysmal. The frame rate is choppy most of the time anyway but when you drive to the little town in the bottom-left corner of the map it really chugs and splutters. It’s a little better in handheld mode, but when you’re playing docked it’s really noticeably bad. We appreciate that it’s open-world but we’re hardly talking L.A. Noire here and the world itself is pretty small, so we’d imagine that with more time and effort it could have been optimised a lot better.

If you’ve got a very young child and you’re looking for a safe, harmless game to keep them busy, BIG-Bobby-Car – The Big Race is a perfectly fine option, especially because you can already find the physical version pretty cheap if you shop around. There really isn’t a lot to it for anyone whose age is in double digits, though, and the whole thing is so poorly optimised that you’re going to need a strong tolerance for jankiness.