With all the kart racer elements you’d expect like split-screen racing, multi-event Championships, skill-based modes and more, this new entry looks to be a bigger and bolder sequel to 2017’s Beach Buggy Racing. We thought the original was a decent if relatively tame affair, so the team will no doubt be hoping to up the excitement this time around.

And how will they be doing that? Here’s a feature list:

Features
● ADVENTURE MODE: Explore a massive interactive map as you rise through the ranks of the Beach Buggy Racing League.
● JUMP IN AND PLAY: Collect trophies in multi-event Championships and tons of individual quick events including Race, Drift Attack, Firework Fury, and more.
● GAME CRAFTING: Customize your own ridiculous game rules and save them for insane battles with friends.
● WEEKLY TOURNAMENTS: Compete with players around the world in leaderboard Tournaments with unique, custom contests.
● THRILL-RIDE RACETRACKS: Discover Egyptian pyramids, spooky caves, pirate shipwrecks, and experimental alien bio-labs — 23 unique worlds, each packed with secrets and shortcuts.
● PACK YOUR GARAGE: Collect and customize over 40 unique cars including off-roaders, moon rovers, race cars, and of course … beach buggies!
● BUILD YOUR TEAM: Recruit a crew of 14 drivers, skeletons, robots, aliens … each with their own unique special ability and strategy.
● POWERUPS GALORE: Master 44 individual powerups like Donut Tires, Tesla Coil, Ball’n’Chain and Dodgeball Fury. 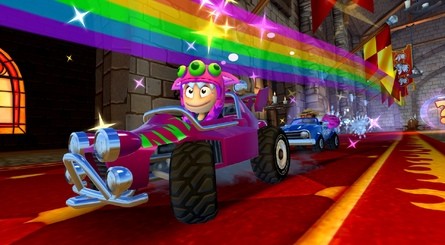 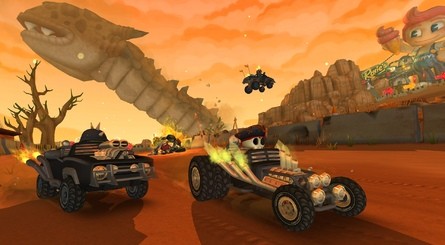 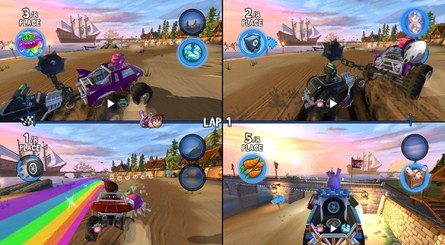 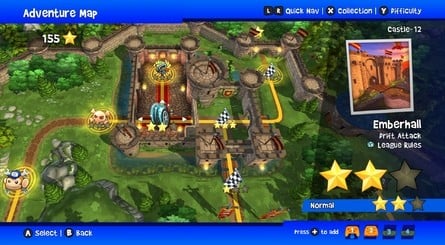 The game promises a mysterious island packed with “ancient temples, dragon-infested castles, and post-apocalyptic ice cream stands” to explore, and you’ll be able to unlock all sorts of crazy vehicles along the way.

Beach Buggy Racing 2: Island Adventure launches on 17th March if you fancy giving it a go; you’ll find it on the eShop for $19.99.

The Magnificent Trufflepigs Is A Narrative Game About Metal-Detecting