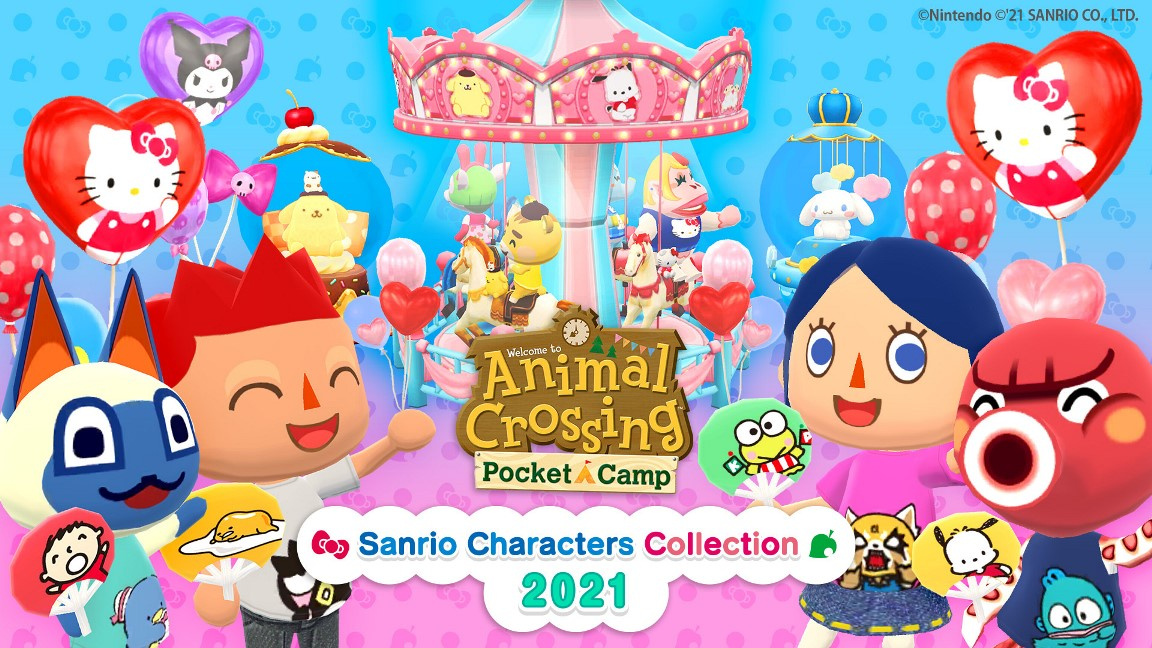 If you’ve been regularly playing Animal Crossing: Pocket Camp, you may recall that back in 2019, Nintendo teamed up with Sanrio for a crossover event.

Bringing us a steady rollout of Sanrio character-themed items that included Hello Kitty, Cinnamoroll and Keroppi, a new collaboration has just been announced.

Calling this the “Sanrio Characters Collection 2021”, they’re introducing a fresh round of Sanrio-themed items, going live from March 26th (6am GMT) until May 9th. If you missed out the first time, Nintendo has confirmed those previous rewards will also be available, giving players a second chance.

Outlining what to expect, Nintendo released a new trailer, alongside this press release:

Sanrio®, the global lifestyle brand best known for its pop icons such as Hello Kitty®, Aggretsuko™ and Keroppi™, is once again bringing the friendship, kindness and cuteness of its characters to Animal Crossing: Pocket Camp. From March 25 at 11 p.m. PT to May 9 at 10:59 p.m. PT, the Sanrio Characters Collection 2021 in-game event will bring Sanrio character-themed items to players’ campsites. While enjoying relaxation and recreation in the game’s welcoming “great outdoors” setting, fans can also enjoy fun Sanrio-themed surprises! You can view a new video about the in-game event here.

From now through the end of the in-game event, players can experience the following additions to the game:

* All players who log in during the event period can receive a free Sanrio Characters clock in-game item by tapping the gift icon.
*Players can redeem Leaf Tickets for one new Sanrio-themed fortune cookie at the Fortune Cookie Shop, with each fortune cookie providing players one of 10 different Sanrio items.
* Players will be able to craft Sanrio gifts to send to their friends, which randomly reward friends with one of several special Sanrio character-themed uchiwa fans. There are a variety of fans to collect featuring fan-favorite Sanrio characters, including Cinnamoroll™, Hello Kitty®, Aggretsuko™ and many more!

Will you be playing the latest Pocket Camp update? Got a favourite Sanrio character? Let us know.

Unrailed! Is Getting A Free Nintendo Switch Online Trial In Japan Next Week