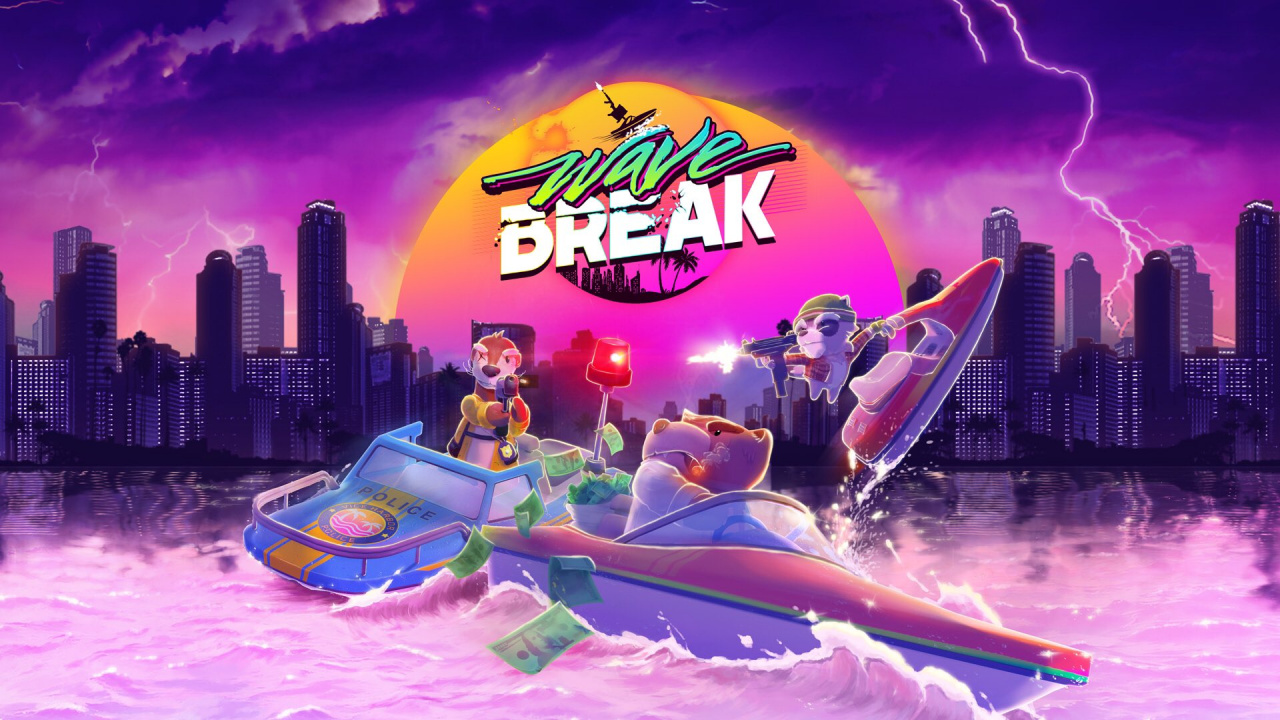 What would happen if you mixed Wave Race 64 with Tony Hawk’s Pro Skater and then added in violent gun-wielding animals and threw them into an arcade-style arena together? You might just get Wave Break.

It’s really a little bit of everything, although it’s described as a “skateboating game” set in an “80s Miami Vice” inspired world. Developer Funktronic Labs has now announced it’ll be coming to the Nintendo Switch and PC “late” this Spring.

The game allows you to play with friends (via split-screen local play) and online against players from around the world. The modes include Trick Attack, Deathmatch and Turf War.

There’ll also be a campaign mode, featuring an “episodic storyline” involving guns, kickflips and blood money. Oh, and there’s a “fresh synthwave” soundtrack to back it all up. Like the look of this game? Tell us below.