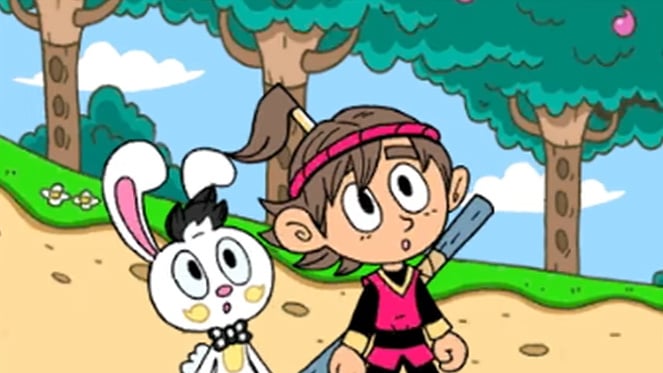 It’s been a big week for the 3DS, with the device celebrating its tenth anniversary. Yep, it’s now an entire decade old. Of course, there were a number of amazing games released for it over the years and one of them happens to be HarmoKnight.

The Pokémon developer Game Freak originally released this game back in 2012, and today marks the 8th anniversary of its Japanese release. While the anniversary isn’t necessarily a big one, what is so special is the fact the game’s director James Turner has drawn a picture of the heroes – Tempo and Tappy – to celebrate this occasion.

8 years ago today HarmoKnight was released for the Nintendo 3DS in the US and EU. Published by Nintendo, directed by your truly, and created by a talented team of developers at Game Freak.

It’s been years since I’ve drawn the heroes, Tempo and Tappy…felt nice to do so 🎵 pic.twitter.com/5swOU6HkKW

Turner most recently worked on the Pokémon designs in Sword and Shield and was also the art director of the latest entry in the series. If you’ve not tried out HarmoKnight yet – it’s well worth a look (and listen). This rhythm platformer is still available via the 3DS eShop. It’s got all sorts of tunes in it, including some bonus Pokémon stages.

Do you have fond memories of HarmoKnight? Would you like to see Tempo and Tappy make a return one day? Tell us below.